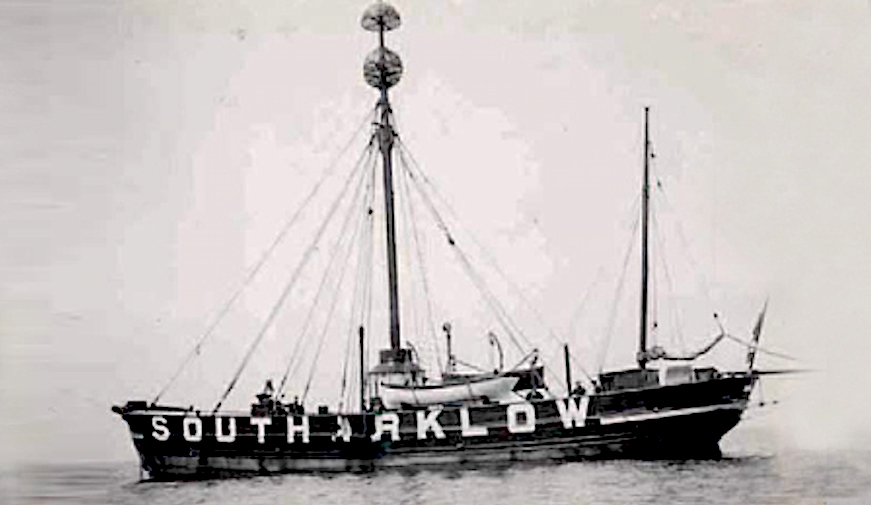 This is not a lightship, it is not a LANBY (Large Automatic Navigation Buoy), it is what was described at the time of the replacement of the LANBY, in September 2009 as a “Super Buoy”, the South Cardinal of the Arklow Bank. There is some history attached to the South Arklow Bank Lightship, but firstly a little about the southeast coastal waters.

The east coast of Ireland is littered with sandbanks from the Kish (Dublin) to the Tuskar Rock (South Wexford). Lightships were to prove an effective means of warning mariners of these dangers and a light was established on the southern end of Arklow Bank in 1825. The Arklow Bank is some 10 nautical miles long, stretching south from Arklow pier to end where we see the flashing light off Ballymoney. It is approximately 7 nautical miles offshore. At very low tides there may be only 2 to 3 feet of water over the Bank and people have actually stood, if not walked, on it. In the 1990 Round Ireland Race many of the competitors’ yachts went hard aground on the Arklow Bank. In stormy weather we can see the waves breaking on the Arklow Bank.

So, the first lighthouse was established in 1825. Lighthouses were crewed by 4 or 5 crewmen and it was regarded as a most dangerous occupation. The lighthouse on the southern tip of Arklow Bank suffered a fate in 1917, but it wasn’t storm related. At the outbreak of the 1st World war agreement had been reached between the British and German forces that Light Vessels would not be attacked. In March 1917 German “U” Boat activity was at its height, even in Irish waters. At the same time there was a significant amount of marine activity in the immediate area and the lightship sent out signals warning nearby vessels of the “U” boat activity. The lightship, at this time, on the southern end of the Bank was (probably) the “Guilemot”.

(They were changed from time to time for repairs and service, so not always the same lightship in the same position). The captain of the “U” Boat, Otto Steinbrink (spelling unclear), decided to sink the lighthouse.
However, the “good hearted” captain decided that the crew should be spared and ordered them, at gunpoint, into their lifeboat. Torpedoes being too expensive, he proceeded to put bombs on board with time fuses to blow up the lighthouse. However, it didn’t work and he then proceeded to shell the lighthouse until she finally sank in about 45 to 50 metres of water, where she lies, upright, on the sea bed to this day. The crew of the lightship looked on from their lifeboat at some distance until their lightship finally sank. The enterprising captain of the “U” Boat went on to sink another boat on the same day.

The lightship was replaced by others and they remained a feature of the coastline until replaced by a LANBY buoy on 31 st March 1976. At this time all lightships around the Irish coast were being replaced by Buoys and then in 2009 the LANBY was replaced by the “Super Buoy” and this is the FLASHING LIGHT we see when we look out from Ballymoney in the hours of darkness. 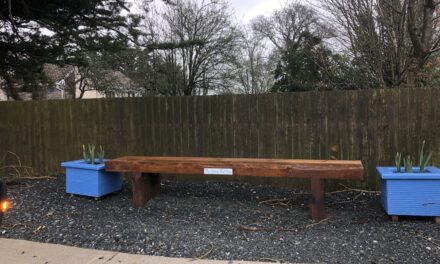 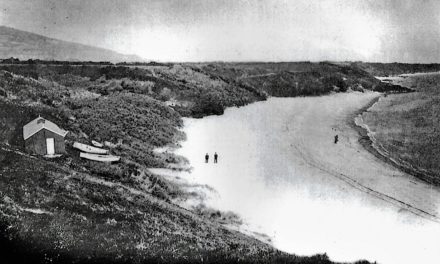