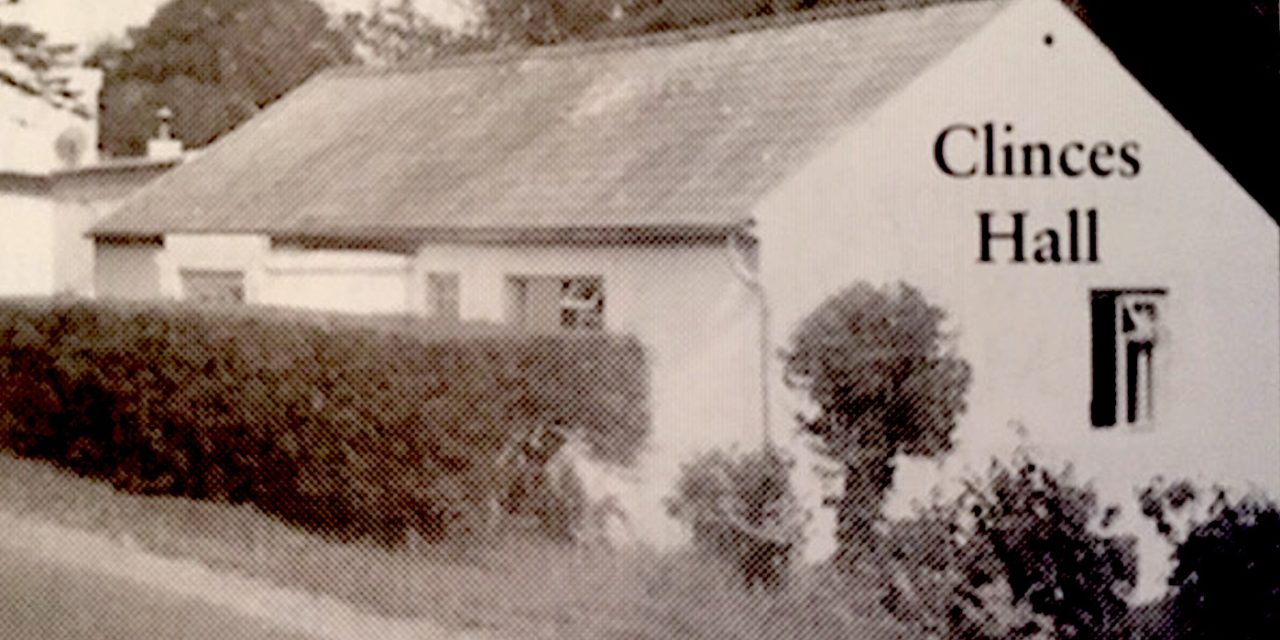 There were two. The first was owned by Mr Mike Spencer and was situated on the sea banks overlooking the North beach. The hall was affectionately known as “Mickey’s Hall”. Situated about halfway over the North beach, it was in the same location where the few fishing boats were hauled onto the banks in bad weather. The stone wall ruins still remain, although overgrown. The hall was small but attracted patrons from far and near. The “revellers” would park their bicycles along the wall between the South and North Beach and dance the night away until the early hours. This was in the early 1900’s.

The second dance hall was owned by Jim Clince. Situated almost at the end of the sea road, this dance hall was a great attraction, particularly so in the Summer months with the “Bathers” from Dublin. Ballymoney was a most popular destination for holidays for “beauties” from the big smoke and the local lads were in awe of the fashion they brought with them. So popular was the destination that a “Ballymoney Reunion” was held in the Olympia Ballroom in Dublin in October for many years. On a hot balmy evening in the middle of the Summer, so talented was the owner, Jim, that he was able to partly open the roof of the dance hall, allowing some badly needed fresh air enter the crowded, steamy hot dance hall. “Letts” lemonade was available to purchase to quench the thirst as were chocolate bars to keep the energy levels up.

The dance hall doubled up as the Table Tennis club venue and on the wet Summer days the young holiday makers would pass away the hours playing table tennis.

Probably one of the most popular bands to play in the dance hall was The Davitt’s from Ferns in the later years.