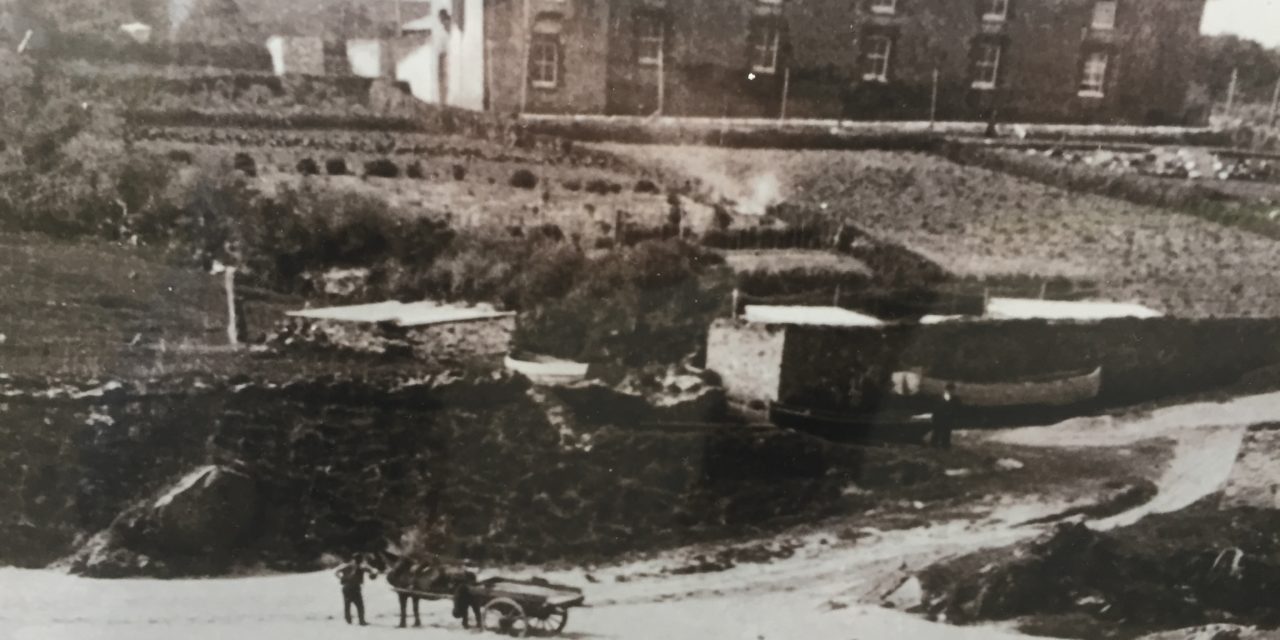 It was typical of the smaller ports around the coast of the country. The harbour’s shallow water or sand bars prevented vessels from coming alongside the quayside, so cargo was unloaded into smaller boats which were referred to
as “Lighters”. These were of shallow draft and therefore able to transverse the banks and shallow waters of the harbour. The cargoes of coal and sometimes other types of cargo were discharged into the Lighters. These Lighters were
small vessels manned by four or five men, who would row out to the schooner and tie up alongside. The coal was unloaded in sacks and each Lighter could take up to twenty, a total weight of one ton. The sacks were then manhandled
from the schooner and as soon as the Lighter had her full complement, her crew would row her to the quay. There was a tripod-mounted winch on the quay and the man operating it would load each sack into a waiting horse and cart to deliver them to the local coal yards for later distribution. Then the process would begin all over again until the schooner was discharged.

The Lighters were not unique to the ports and harbours and Ballymoney was also used as a landing location for the coal boats. While Ballymoney did not have the luxury of a pier or quayside, it became a popular destination for
delivery of coal to the North Wexford coast, with “decent” road access to Gorey. As with Courtown harbour, the schooners would anchor offshore and the Lighters would haul the coal ashore, the wall along The Coast Guard Station, being a temporary storage spot until the loads of coal were transported by horse and cart to Gorey and surrounding locations.

The attached photo, probably taken sometime in the 1930’s, shows a typical Lighter, the bigger of the three boats in the picture (on the right). Incidentally this particular Lighter was named “The Village Pride”, while the two other boats were named “The Lady Philomena” and “The Lucky Girl”.

Before the harbour in Courtown was built, Ballymoney had been used as a landing spot for cargo of different types from England and Wales. This was most probably because of the relative safety of the shoreline. 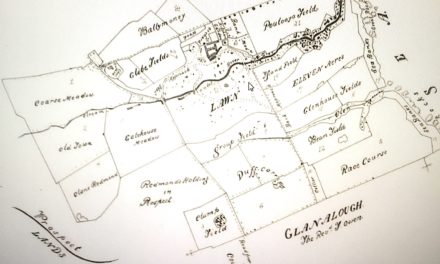